A casual Facebook user probably sees a notification like this from friends and pages at least once a week, probably more if he or she is following pages that utilize one of Facebook’s newer features quite heavily.

Why is going live such a big thing?

Facebook live was initially launched in August of 2015 and was limited to celebrities who wanted to connect with their already large audience in a more intimate way. In April of 2016, Facebook launched the capability to go live for all Facebook users, creating opportunities for all people and businesses to go live with anything they could think of.

Going back in the history of the rollout doesn’t really answer the question. However, it stresses how developers thought it was important to give that functionality to anyone, capitalizing on the success of Twitter’s Periscope, which had surpassed 10 million accounts within four months of launch.

So again, why is going live such a big thing? Much like the way celebrities connected with their audiences in a more intimate way, it allows all people to connect with their own unique audiences in much of the same fashion.

How can this help the brand of a small business?

With Facebook, everything is about the algorithm. Facebook has recently placed an emphasis on accounts that create original content, especially videos. According to socialbakers.com, the average video (not just live, but in general) on Facebook garners 135% greater organic traffic compared to photo posts. Facebook figures also report that people spend 3x longer watching live video compared to a video that is pre-recorded. This means Facebook’s algorithm makes it so that that your live video will be more likely to be seen higher in your followers’ news feeds. Followers who frequently interact with your brand will be notified that you’re going live as well. The reach on something like that is vast if there’s already a high number of users following a page.

Speaking more on the intimacy level, going live allows a page’s followers a glimpse into a world they otherwise wouldn’t see.  What does your business have to offer that users might not know about?  Go live and show your audience anything that might be interesting. Something as simple as the services your business offers to expanding upon the exact process of how something works.  Own an HVAC company?  Show users the installation process of an air conditioning unit, or show them how a simple problem with the unit could be fixed.  Allowing users to react in real time to real work is just one of many ways you can increase engagement with your brand. 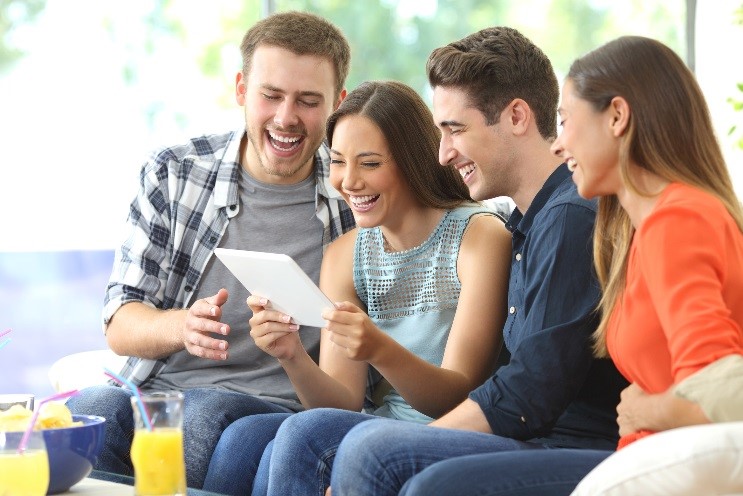 Sharing a live video speaks to your viewers in way that can’t be done otherwise.  Going live allows for spontaneity.  Perhaps users wouldn’t normally search for a video on the process of fixing an appliance, or the intricacies of selling a car, etc.  Putting this type of content in front of the user live entices views and engagement.

Furthermore, going live also records the event.  Once you’re done recording your live video, the video will be available for users who may have missed your live event to watch later.  Going back to the HVAC example, recording video of fixing an appliance could provide great content for months to come that would attract searchers looking for information on services that your company provides.

« Writing a Killer Call-to-Action! How to Avoid Writing Spammy Content »